The Best Features of Android Marshmallow

Recently google declared the next version of android that is 6.0 marshmallow.Now am going to say is this new version is suitable to next generation mobile or any improvement  on existing version. 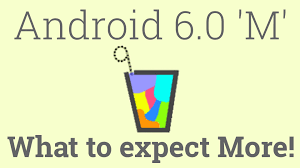 Yes some features are saying next version of 6.0 marshmallow has improved level compare to before.

10.Introduction of a “voice interaction” API to allow better interaction with voice actions in apps